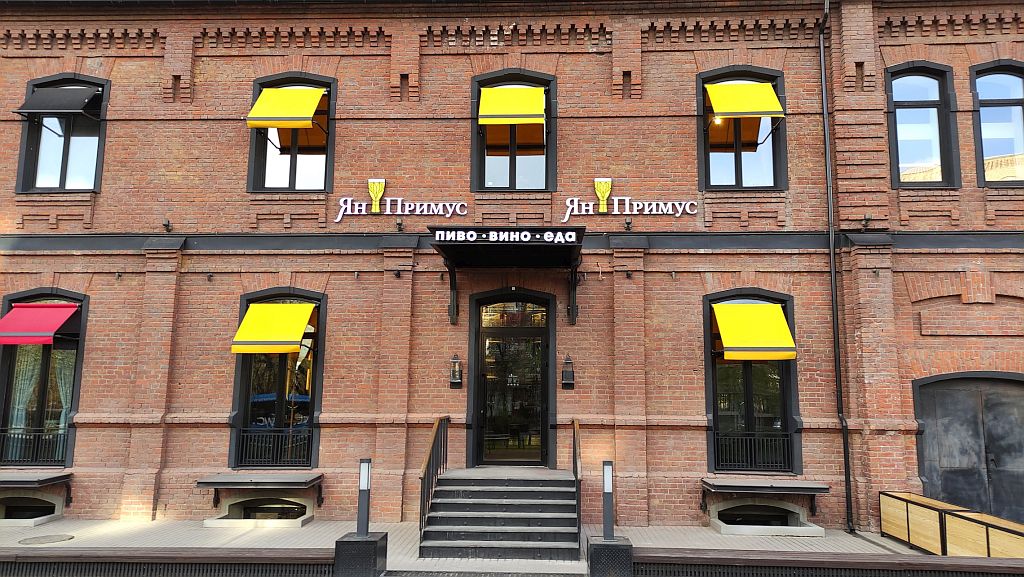 I’ve known Jan Primus restaurants for a long time. In the old days, I often celebrated birthdays and other holidays there. Even my beer and our joint brands were sold there. Due to covid and the general state of affairs in the restaurant industry, the chain was forced to close several restaurants, but new ones are opening instead.

A couple of weeks ago, Jan Primus opened on Belorusskaya. Address: Moscow, Gruzinsky val 11s3. It is literally a couple of minutes from the subway. The location is very convenient! By the way, the building is not a new building, as some people think, but the beginning of XX century. Until recently it was not visible behind some fences and structures. Now there is a restaurant cluster. 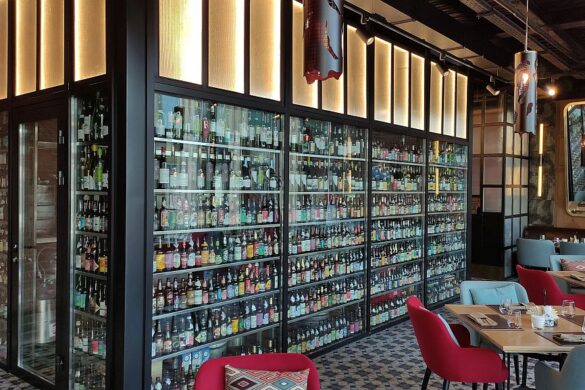 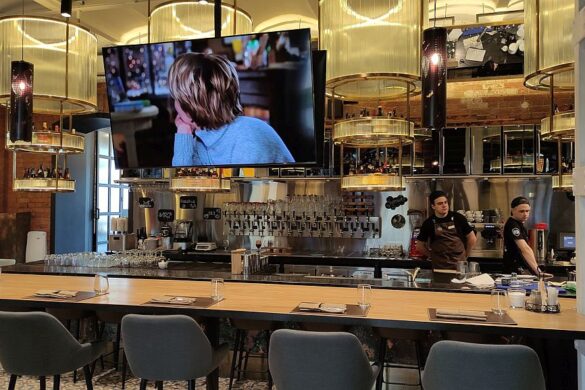 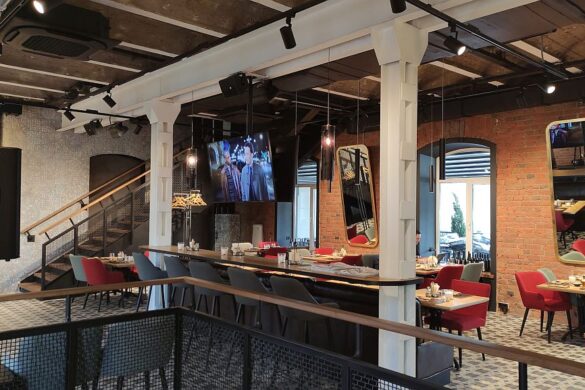 The restaurant is decorated more in the style of high-tech, but does not cause coldness. Everything is cozy and comfortable (more beautiful photos on Pasha Egorov’s website). Two floors, plus a summer terrace. There is mixed cuisine – mussels, shrimps, various meats, and everything suitable for a beer restaurant with a slight accent on Belgium and so on.

Prices are average for Moscow. The choice of beer is very nice. This is not a craft bar, so do not expect 100500 names, but 30 taps and a rich assortment of tare beer is provided.

Due to the current situation with imports, imported beer is slowly disappearing from the menu, but there is still something. Russian Kraft (and not only) is coming in as a substitute. There’s Zagovor, Stambier, AF Brew, Big Village, Self-Made, Konix, Glacier, and many more.

The beer prices are also average for a place like this. A long time ago, I was given a discount card with a discount even higher than the employees of the establishments, but anyone can download the “Primus Clan” app for Android and Apple and get up to 100% bonuses.

Now for the beer. Most of the evening I drank the usual pale lager, since I was pretty fed up with DDHIPA and other fancy stuff, but I still tried a few beers that I hadn’t drank before that moment. 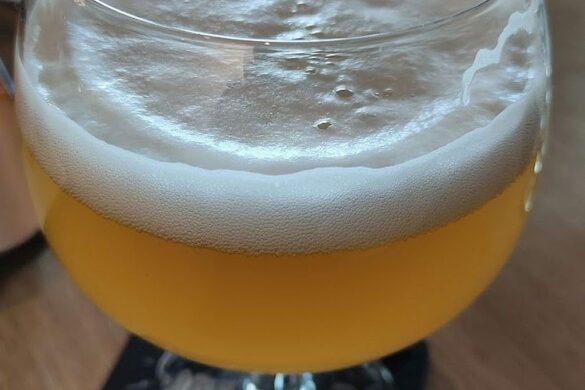 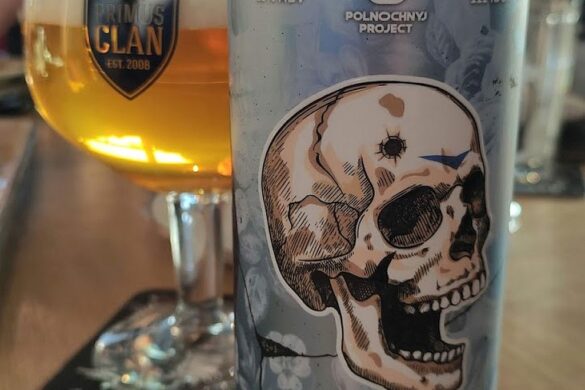 Carte Blanche (Russia, Tula) – 4.7% alk. Blanche from Tula brewery Augustin. Honestly – I wasn’t expecting anything extraordinary from a regional mini-brewery’s blanche. However, Carte Blanche was surprisingly good! There is a bright tone of coriander both in the aroma and in the aftertaste, but it is not strained. On the one hand, the beer is quite dry, but also soft and enveloping. It’s a great balance! Very drinkable and refreshing! Would give many Belgians a head start. A rating.

Hop Headshot: Mosaic (Russia, St. Petersburg) – 11% alcohol. Midnight Project is a contract brewery in Belarus, but has now opened production in St. Petersburg, right next to AF Brew. It is a cult among Kraft brewers (especially in Belarus) and occupies a place in the “tops. Therefore, I, again, with a slight degree of skepticism proceeded to the tasting.

Triple IPAs are seldom pithy. Usually it’s something very powerful and either sweet or alcoholic. In this case, there is none of that. Yes, the flavor is bright, but perfectly balanced. Moderately sweet, with again, moderate caramel. Christmas trees and some fruit. A rating of “A.” 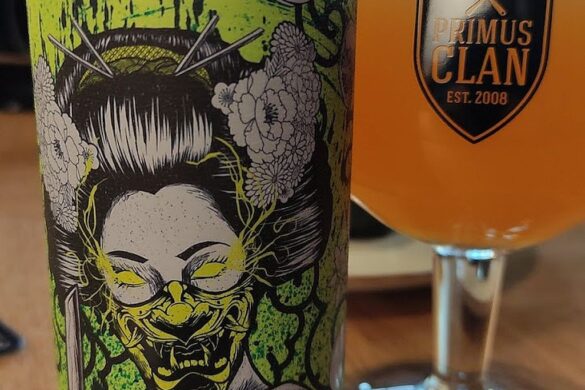 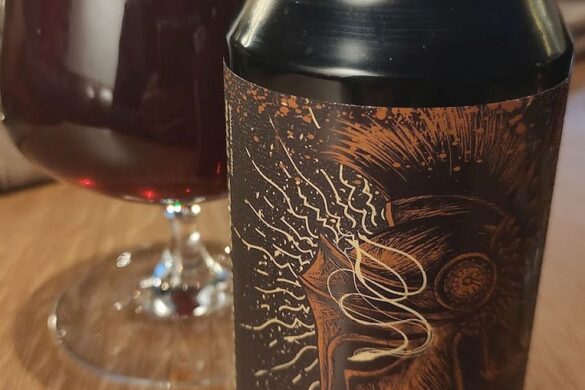 Ceremony (Russia, Moscow) – 7% alk. NEIPA with tea from Selfmade Brewery. Tea, not the kind of ingredient that would be highly visible in a beer. Nevertheless, Selfmade managed to seamlessly blend the tea nuance into the taste and aftertaste. The only downside to this beer is the weak aroma for NEIPA, but such a thing can be forgiven. In addition to the tea and a slight bitterness, nice fruity tones. Rated A-.

Pantheon (Russia, Moscow) – 13.6% alcohol. Also Selfmade, but now Barleywine. And I must say, this is a very cool Barleywine! With my cool attitude to this style of beer, it’s beautiful! Light smokiness in the aroma and aftertaste. Red berries, caramel, candy and wine. Very rich and multifaceted flavor. At the same time it is pleasant and easy to drink. Yes, you can’t drink too much of it, but it’s great to finish a meal with! Rated “A+”.

High marks for all beers, the result of selecting something that should go on the shelf or tap. Albert Net has done a really, really good job at Jan Primus on putting together the bar list. Thank you!