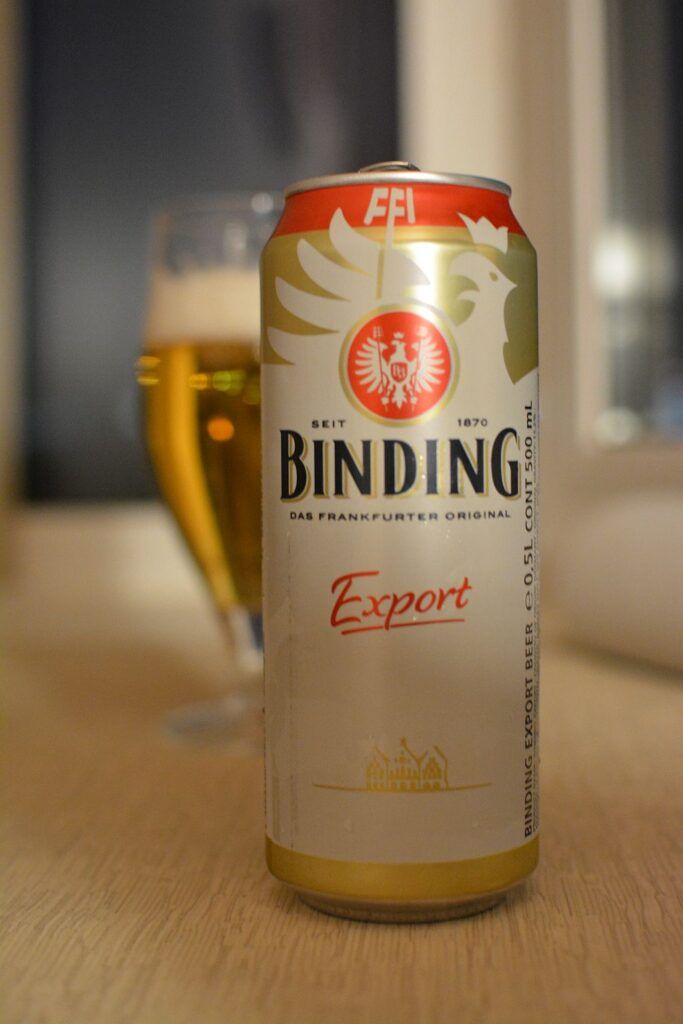 Suddenly I saw this beer on our shelf. I used to drink it in Germany, but I haven’t seen it in Russia. Binding is part of the Radeberger Gruppe, and their beers – Radeberger and Berliner-Kindl – are imported by Birlogistik. Apparently, it appeared in their range relatively recently. In addition to Binding Export, Schwarz and Weizen are also announced, but the most popular beer, Römer Pils, is absent for some reason.

The Binding brewery was founded by Konrad Binding in 1870 in the old part of Frankfurt, but already in 1881 it moved (probably due to expansion) to another part of the city – Sachsenhauser Berg. A series of takeovers and mergers with other local breweries followed, and Binding became a very large brewery.

During World War II, 70% of the brewery was destroyed, but was quickly rebuilt even larger and more beautiful. Since 1953 the brewery is part of the Oetker Group, which later became the Radeberger Gruppe. Today the brewery is the largest brewery in Hesse with over 500 employees.

Binding Export (Germany, Frankfurt am Main) – 4,8/11,2 Declared as Dortmunder, which it is. Malty, dry, with a slightly harsh hop. Quite a lot of honeyed notes in the aroma and aftertaste. This is most likely from improper storage (bottling it from the end of January only), but I like the honeyiness. Maybe not outstanding, but a nice classic German beer. Rated B-.