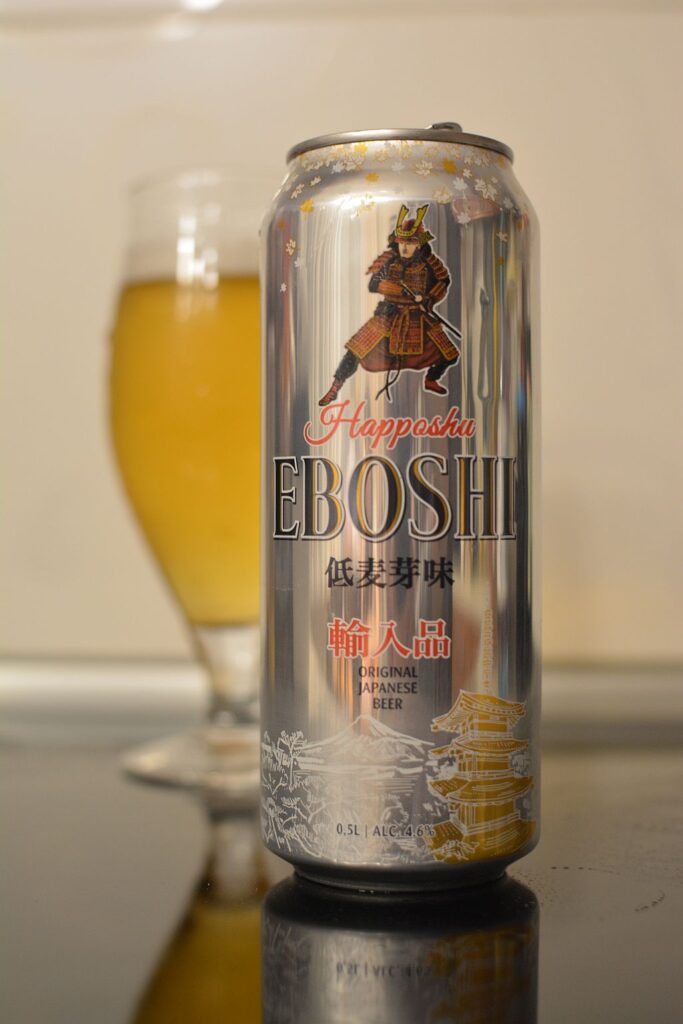 The Eboshi STM from Global Imports continues to evolve strangely enough. It seems that the hype name touched some hidden strings of the Russian customer’s soul, and now Eboshi Happoshu beer has been added to the lineup.

What is Happoshu? And this, my friends, is the analogue of “beer drink,” but in Japanese. 発泡酒 translates as “beer with low malt content. Low content is defined as less than 67%. Why exactly this figure is taken and not 66 or 68 or 70 is already a mystery to the Japanese soul.

Originally, the excise tax on beer in Japan was differentiated by the amount of malt. The less malt, the less the excise tax. The calculation was that the noble samurai would not drink any junk and would tax and excise peasant beverages not according to the Bushido code.

However, whether the samurai have outlived or become less squeamish, the sales of hopposhu have exceeded the sales of 100% malt beer by several times. And the loss of tax revenue no Bushido can justify. In 1996, the excise tax on beverages containing 50 to 67% malt was equalized with beer beers.

However, ungrateful brewers began to produce happoshu with 25% malt and again kept the penny down. And some even slipped down to the release of a drink without malt – so to speak “beer-flavored drink” or as it was called in the media “third beer”. In general, the Japanese are such contrivances in this (and not only) respect.

Lately I seldom read the contents of beer, because children’s complexes about unshrunken grains and other stuff are long gone. Tasty – and glory to Bosch! And no Reinheitsgebot can save a bad beer. It’s the composition that counts. Check it out.

Mind you, the regular Eboshi was brewed somewhere in Germany, in a secret brewery. The brewery listed here is Brand Direct B.V. in the Netherlands.

Eboshi Happoshu (Netherlands, Lyskhout) – 4.6/10.3 Aroma weak, slightly floral. The taste is watery and sweet. Also watery aftertaste. In addition to the water, you can feel something sweet and cookie. Clean, without defects. Perhaps this is how hopposhu should be? Alas, I have nothing to compare it with.

The drink is empty, but people like it not only in Japan. Rated “C”. I bought it in Metro. The price was something like 70-80 rubles. As in the case of the usual Eboshi – is it worth buying? If you like empty water with bubbles, then probably Eboshi Happoshu is your choice, otherwise – no!