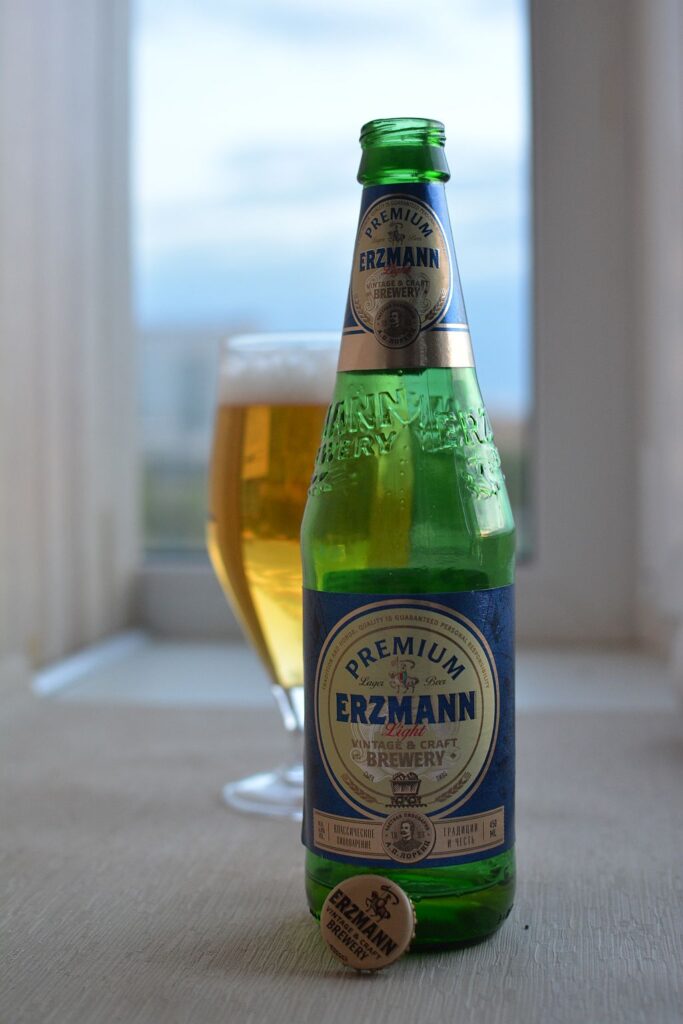 People often write to me in comments on YouTube, “Why are you getting hysterical about imported beer? Where will it go?! It will get a little more expensive, but it will. And it’s true, I’m getting hot under the collar for nothing. Here it is, for example – Erzmann Light! Here you’ve got vintage&craft and premium and whatever you want! So what about Kazakhstan? Kazakhstan is also a foreign country, and as you know, imported beer is better than Russian by default.

Erzmann beer is brewed at Arasan Brewery, the largest brewery in Kazakhstan. More precisely, it is not one brewery, but three production sites – one in Kostanai and two in Rudny. It’s been in operation since 2000, so it’s a modern plant, with Ziemann equipment and everything.

Erzmann Light (Kazakhstan, Rudny) – 4/11 Aroma is weak with a touch of wet wool. The taste is malty, but watery and empty. Hops even less, it is almost imperceptible. A dull and empty beer with a defect. That’s not the kind of import we need! C- Grade.

In the Erzmann lineup there are also a few “Kraft” beers, such as Erzmann Hop Fresh with dry hops. Apparently they brought that in as well. If I come across one, I’ll take it out of curiosity, but I don’t expect anything good anymore. Light was bought at K&B.