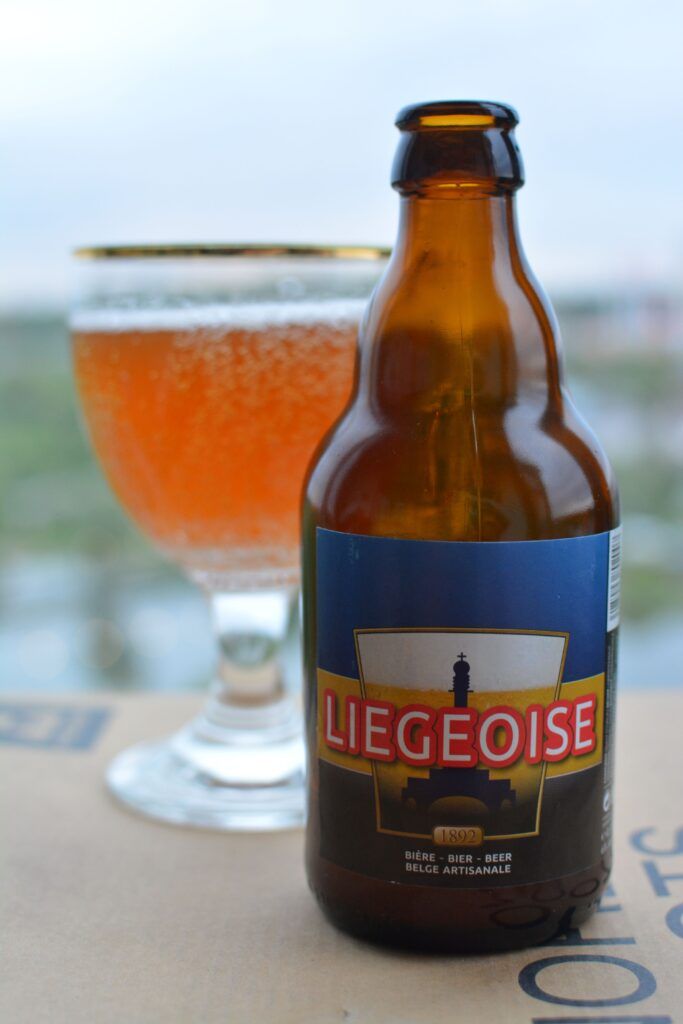 Liegeoise 1892 – echoes of former luxury. I bought it at Food City for 150 rubles, at the end of its shelf life. But, for Belgians, this is sometimes even a plus. It seems that this is precisely the case. I read the reviews on this beer – it’s supposed to be kind of depressing, but it’s not!

The history of Brasserie La Botteresse de Sur-les-Bois began in 1996 when two brothers Willie and Jose started a small brewery with a 100-liter brewhouse and called it Bruyères. They brewed solid, strong brews with bottle-fermentation.

In 2005 the brewery moved to new premises in the small village of Sur le Bois in the commune of Saint-Georges. Almost home brewery Bruyères, becomes La Botteresse de Sur-Les-Bois brewery and in February 2006 the first 1000 liters went on sale.

Today the brewery’s production is around 1,000 hl/year (100,000 liters), which is still not much, but production is slowly expanding and modernizing.

Liegeoise 1892 (Belgium, Sur le Bois) – 6% alk. The beer is brewed in honor of the Royal Football Club of Liège. Positioned as a “premium blonde. The aroma is full-bodied with tones of apricots and citrus. The taste is full-bodied, malty. Tart aftertaste with a pleasant grassy hop and a hint of hay. Grade “B+”.

Perhaps it was the long aging in the bottle that allowed the Liegeoise 1892 to open up and in relatively fresh form it is not as interesting. An original reading of the blonde.