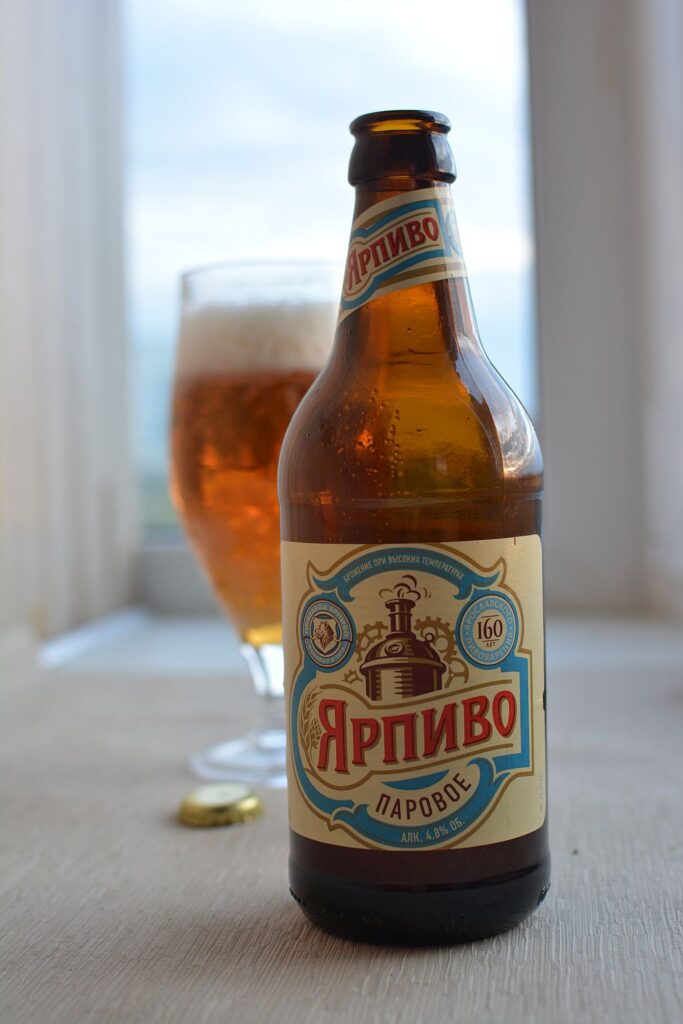 I saw a nice new label in the Baltic refrigerator. I took a closer look, and sure enough, it was a new one: Yarpivo Vapor. As a reminder, steam beer, aka Stambier, is a style of beer that originated in Germany (it was popular in Bavaria), but became most popular in the United States during the California Gold Rush. Stambier proved to be the easiest to make under those conditions. And the brewers were mostly German immigrants.

The main feature was the fermentation with lager yeast at higher temperatures. For the classic German steam (dampfbier) yeast was used for Weizen, but apparently in America they switched to lager yeast.

Yarpivo Steam is far from the first representative of this style in our country. A long time ago, in 2009, Ochakovo brewed Steam beer. In 2014 the same Baltika, as part of the Brewer’s Collection, released California Steam Beer.  Recently I also wrote about Belarusian Alivaria Bagemskoye Paravoye.

I wouldn’t say that this beer has stayed on the market for long, although the style itself is quite suitable for the mass consumer – malty, not bitter.

Yarpivo Steambeer (Parovoye) (Russia, Yaroslavl) – 4.8/11 Color is beautiful, copper, as it should be in this style. Aroma is malty. The taste is soft, malty, a little caramel. There is a little honey in the aftertaste. Quite normal, clean and full-bodied lager. Rating C+.