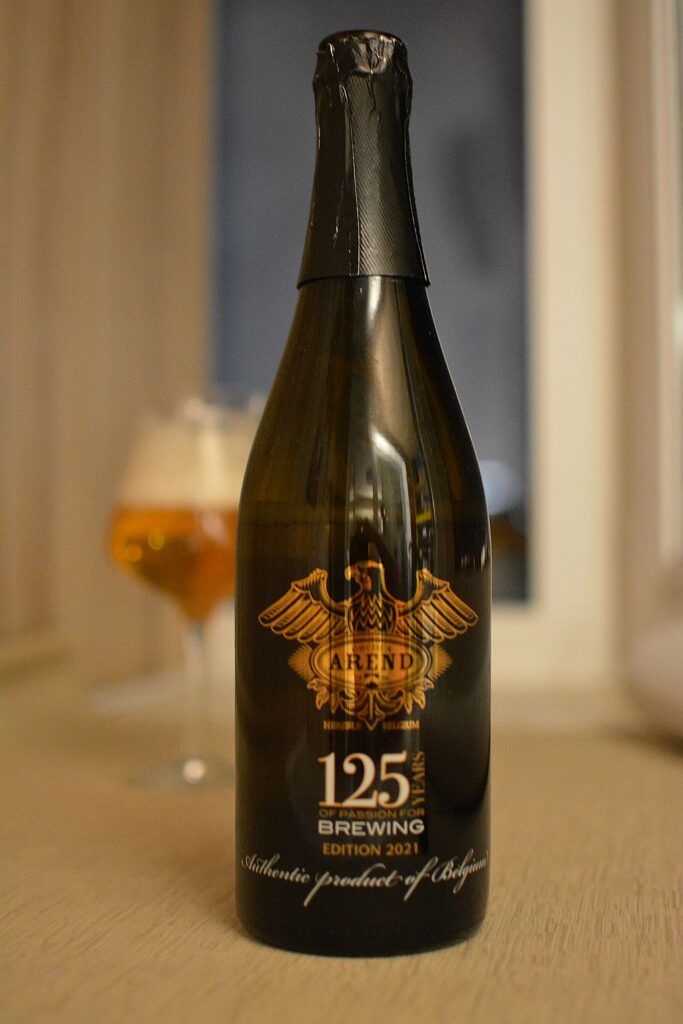 I decided to somehow dilute the dull mass-market beer, chic and for Children’s Day, I pulled out the latest trophy from the Prodexpo – Gouden Arend 125 Years (vintage 2021) from Brouwerij De Ryck brewery.

Brouwerij De Ryck is a brewery located in Herzele, East Flanders. It was founded by former tanner Gustaaf de Ryck in 1886 after he learned the brewing trade in Bremen. Today the brewery is still family-owned and run by the fourth generation of de Rijk.

The aroma has fruit, grass. The aroma is pleasant and multifaceted. The taste is full, malty. Alcohol is not noticeable in any way. In the aftertaste as pleasant fruit and meadow notes. Probably can’t say that this is some bright beer, but it has a great balance, which is not unimportant! A great triple, which was a pleasure to drink! Rated “A-”