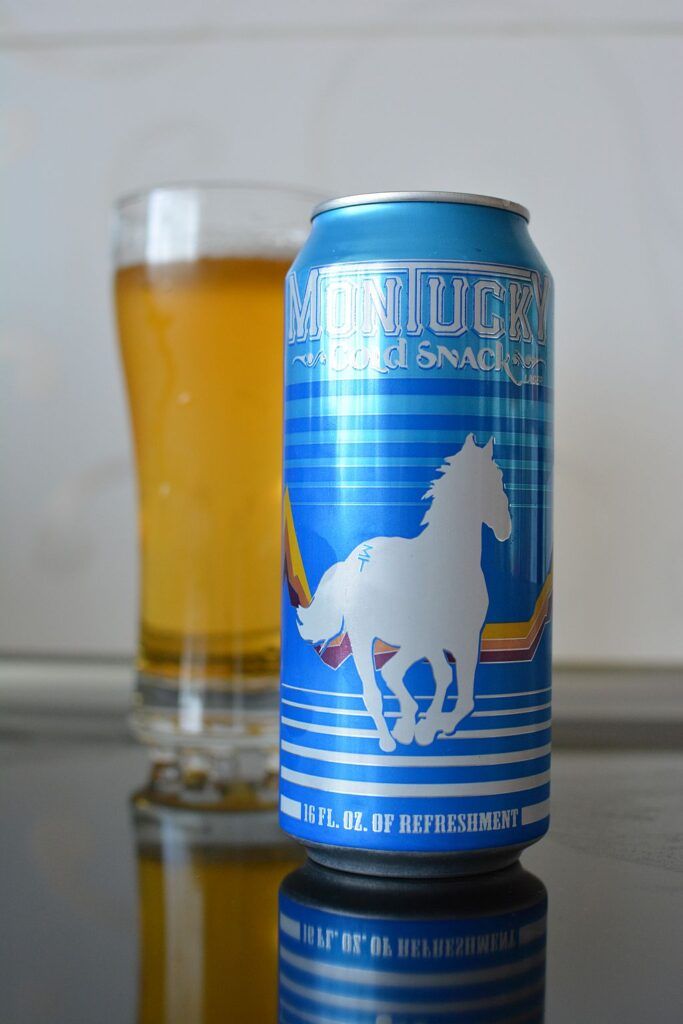 Sometimes you buy a beer and wonder where it’s been all this time. I don’t mean that I’ve been waiting for it for a long time, but rather that I seem to follow the new stuff, but I haven’t seen it on sale. That’s the case with the Montucky Cold Snacks American beer. I bought it on FoodCity, but I don’t know where else it was available. I only saw it on sale at RusBeer. And they obviously didn’t bring a few cases – a container at least!

Montucky Cold Snacks was founded in Montana in 2012 by two dudes, Chad Zeintner and Jeremy Gregory. Unlike 99.9% of craft breweries that contrast their beers with beergiant “yellow water and bubbles,” these guys went in from a different angle. They decided to make something that’s not on the market, the market is full of it – “water with bubbles.” A bold decision! Especially since the brewery is a contract brewery.

Getting ahead of themselves, I say they succeeded! They also decided to make their beer the “unofficial beer of Montana.” I don’t know if that’s what it’s called, or maybe not many people in Montana have heard of them, but their conceit and chutzpah deserves respect.

The emphasis was on the same things the beer giants do – marketing, marketing and marketing again! A fiery Instagram and sponsorship of various events. As for the beer itself…

Montucky Cold Snacks (USA, Bozeman) – 4.1/11.5 Aroma is malty, sweet. The taste is watery, empty, just as sweet. In the aftertaste light tones of citrus candy. Yes, as promised – “water with bubbles. Clean, empty, pointless. I wonder if the beer is brewed to their recipe or if it’s infused with something like BUD Light? As the saying goes – an “A” for marketing, a “D+” for the beer itself. It’s a depressing bore! If I were the people of Montana, I’d be offended.

Why they had to bring it to Russia, I don’t understand either.