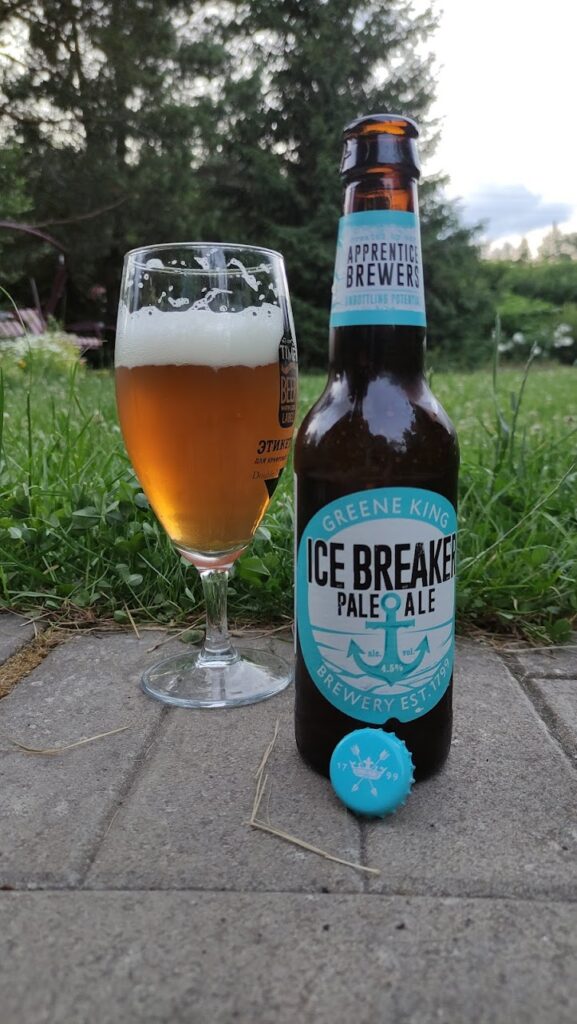 Ice Breaker is brewed by the famous British brewing company Greene King. It’s been a long, long time since I drank anything from them. The last one I tried was Belhaven, which Greene King bought in 2005. So, it doesn’t count. Actually, Greene King is one of the biggest brewery holdings in the UK, owning not only Belhaven, but also Morland and Ruddles and a few other lesser known breweries in our country, plus over three thousand pubs across the country. More recently, the company was bought by Hong Kong-based CK Asset Holdings.

Ice Breaker (UK, Bury St. Edmunds) – 4.5% alk. This beer was first brewed in the Craft Academy “craft” lineup and then moved into the mainstream Greene King lineup. Interestingly, the official website lists it as American Pale Ale, while Untappd lists it as English Pale Ale. American Simcoe and Citra hops were used in the production, so it’s probably more correctly American, but I’d argue. It’s more likely to be attributed to the English reading of American.

The aroma has a bit (exactly what moderates) of citrus and sweet fruit. The body is full, malty, but not sweet. Soft and pleasant bitterness in the aftertaste. Well balanced, refreshing and drinkable beer, which you can’t find on the taps of our bars. Rated B+.