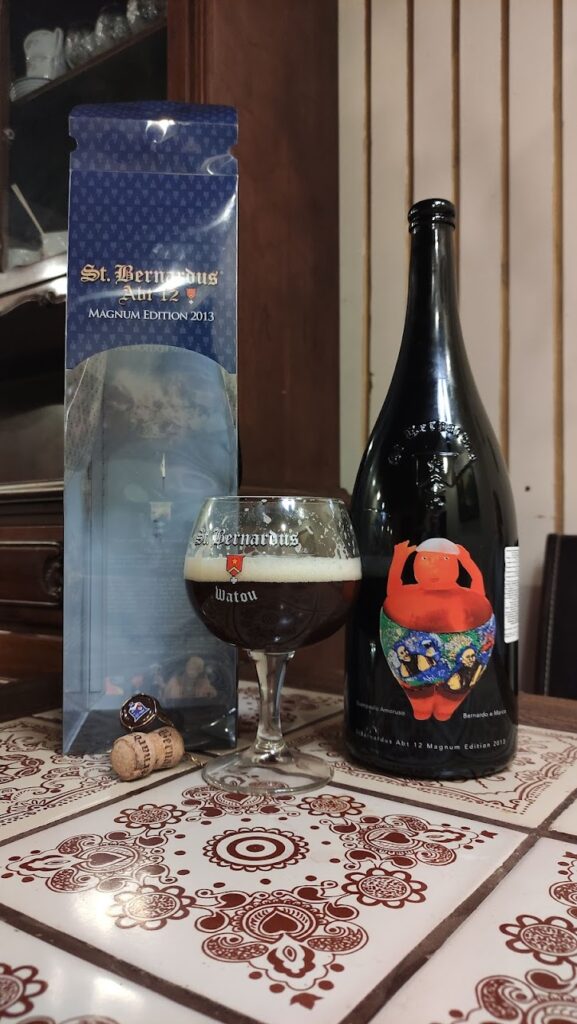 The famous Belgian brewery St. Bernardus, every year releases a small edition of its St. Bernardus Abt 12 Magnum in 1.5 liter bottles. Since this is a bottle-aged beer, it changes with each year of storage. The 0.33 bottles have one, the 0.75 has another, and the Magnum has a third. It’s just like with wine – “magnums” and other “Jeroboams” are considered more trumpy than “half magnums” of 0.75 liters.

Two years ago, I already wrote about the “vertical” tasting of St.Bernardus Abt 12, which was conducted by Yura Susov, who worked at Novorizhskaya Brewery at the time. The brewery is part of a holding company, one of whose companies imports beer, including St.Bernardus.

It was a very interesting experience! The difference between years was quite noticeable and not necessarily the older the better.

Recently, Nova Riga gave me a truly – regal gift! They brought in six bottles of St.Bernardus Abt 12, including some 2019 and 2020 that hadn’t been tried. I decided it would be a crime to drink them all in one go, especially since this beer would not be imported again. And even before “this one” there were literally a few dozen bottles brought in each year. Perhaps it is still sold in specialty stores, like “I’ll take a day off”. Before the war it was sold for 3-4 thousand and I’ll tell you – it’s worth the money! If you see it somewhere, take it! I decided to drink it with friends. So far the first two.

St. Bernardus Abt 12 Magnum (2013) (Belgium, Watou) – 10% alk. Aroma has wine and chocolate notes. Taste sparkling, prickly. In the aftertaste chocolate, port, but also quite dry. As you can see, after two years, there were distinct chocolate notes, which I have not noted in 2020. A+ rating. 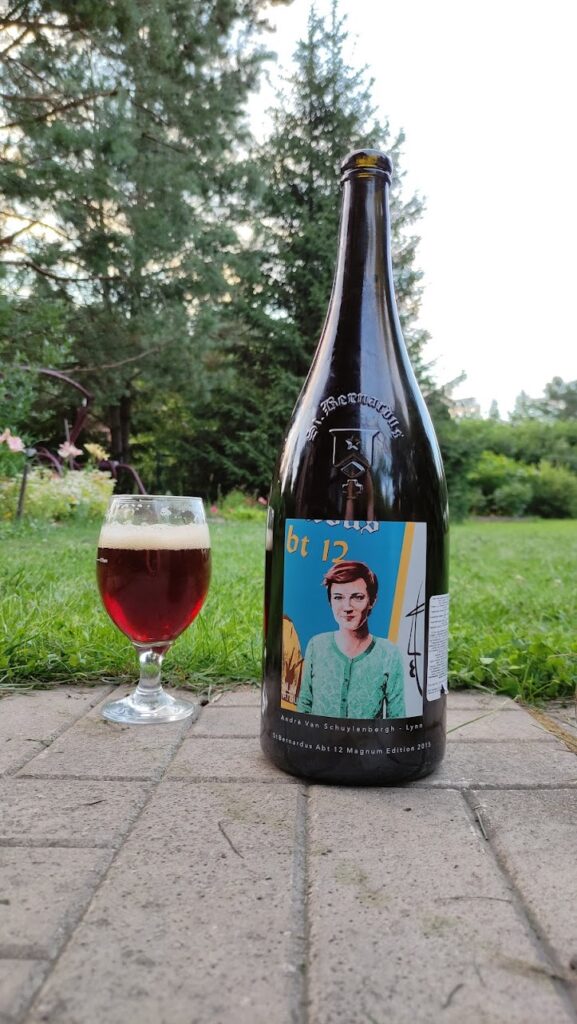 St. Bernardus Abt 12 Magnum (2015) (Belgium, Watou) – 10% alk. Here also appeared chocolate notes, but much less than in the previous one. Raisins, wine, sweet citrus zest. At the same time, the beer is very drinkable. Pineapple (and it was distinct and many at the presentation felt it), as last time, I have not found here at all. The rating is “A+”.

The beer changes very interestingly and frankly I’m sorry to drink 2019 and 2020 now, but I’ll probably still drink it so I can (if I get lucky) compare it in a few years. As they say – continuation to follow.