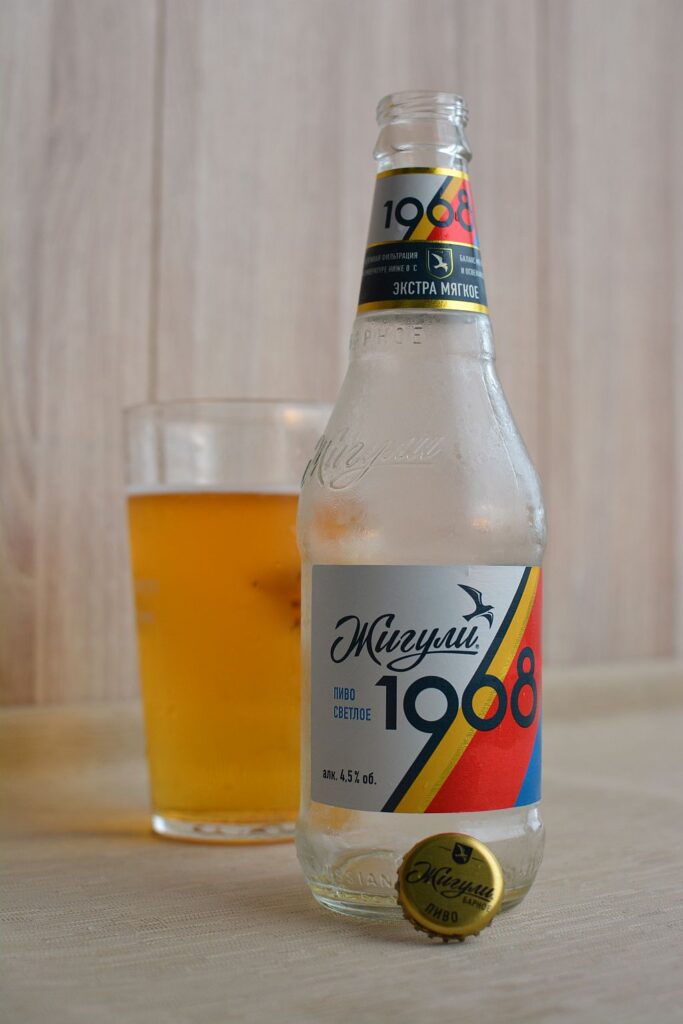 Zhiguli 1968 is another novelty of the Moscow Brewing Company’s Zhiguli lineup, which, judging by everyone, I was one of the last to try. For some reason, it never showed up in our area.

Zhiguli 1968 is brewed in the style of “American lager”, which can include all the well-known BUD, Miller and Coors. The main feature of this style is its blandness. The same “yellow water with bubbles,” scolded by any decent bergic.

You can scold as much as you want (which I do), but in fact – this is one of the most difficult styles to produce and one of the best-selling. Judge for yourself – to make a beer that has as little beer flavor as possible. That’s actually why American Lager is the best-selling beer. People have different tastes, and if there is a minimum of taste, it will not disgust you. Such beer can be drunk in liters, and if you take the “Light” version, probably even in tens of liters.

Zhiguli 1968 (Russia, Moscow region, Mytishchi) – 4.5/11.3 This beer is in a fashionable transparent bottle, but there is no smell of “light” as a special isomerized hop was used. The aroma is slightly floral. The taste is malty, absolutely clean, but not watery. In the aftertaste soft malt tones, a minimum of hops.

Compared to the same BUD, Zhiguli seemed to me more full-bodied. Otherwise – a model of style. I think people will like it. Will I buy it? No. I don’t see the point, when there are normal, human Zhiguli Barney. Rated C+.