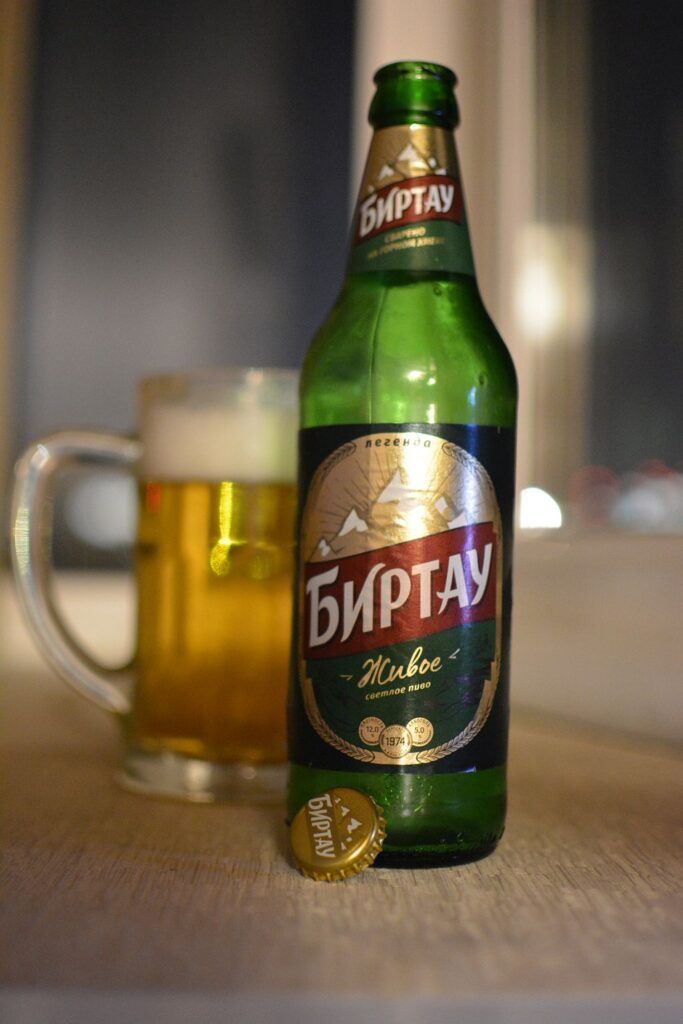 Beer Legend of Birtau, a new one bought along with Lusitania and Paleface (yes, yes, I buy my own beer!) at the Hop and Malt chain. At first I thought it was something from Kazakhstan. Kazakh beers are trendy right now. The same Big Whale is apparently selling very well, even though the water is water.

But no! Birtau, this is a creation of Baltika. And the design is made so that the word “Legend” somewhere in the second or third place, and Birtau in the first. It was brewed at the Rostov branch of Baltika, and I don’t know what “Rostov mountains” the label appeals to.

When they scold Baltika, I often act as the devil’s advocate. What is there to scold it for? Beer is clean, without defects, simple (as a rule), but most importantly not expensive. What more do people want!

This is if to apply to the basic varieties. There is of course Baltika No.6 and now the licensed Brooklyn, which probably cannot be classified as quite mass-produced, but all the same – a brewing giant is a brewing giant and its products are designed for mass consumption.

In the South, including Rostov, they like their beer dirty and unhopped. “Under the fish”, which overpowers any flavor come in anything.

Legend of Birtau (Russia, Rostov-on-Don) – 5/12 The flavor is sweet. When I write about beers from the giants as a rule – “taste malted, no hops”. This one is much more interesting. There is no malt flavor either. The sweet taste is there, but the malt is at a minimum. Hops are not even worth talking about, it was not even close to there, but the lighted smell is there. How so?! It’s just some kind of sweetish inarticulate water. Honestly – disgusting stuff.

Yes, with no glaring defects other than a hiccup, but it’s hard to call it beer. The gaping peaks of the Birtau! Rated “D.”