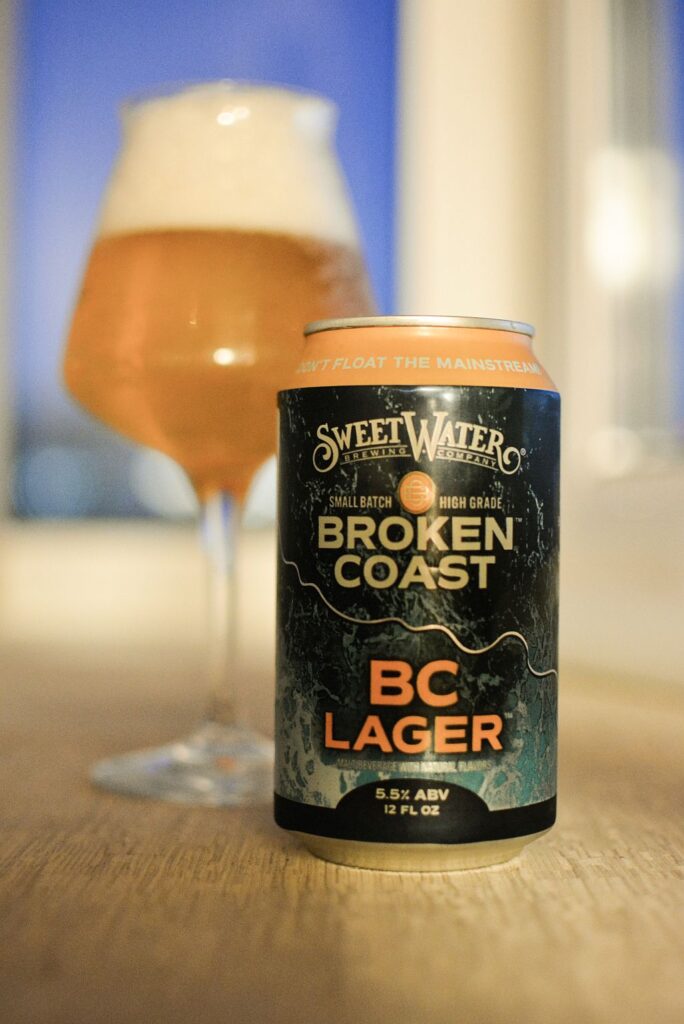 American beer is a thing of the past now, so when I saw a can of Broken Coast from SweetWater Brewery in the store at the SVAM warehouse, I immediately bought it! The price of course not as before, but in this store it was something like 180 rubles, which for an American nowadays is not expensive. And I like the beer from SweetWater.

The Broken Coast brew was inspired by the coast of British Columbia and the cannabis company of the same name. SweetWater has a lot of cannabis themes in its names, but the beer itself is naturally without any “special effects”.

Broken Coast (USA, Atlanta) – 5,5/12,2 The beer itself is brewed in the style of American Lager, that is quite aromatic and hopped. And indeed, the aroma has sweet citrus (orange in the first place). The taste is full, but not sweet. In the aftertaste there are grassy hops and again citrus on the throat. A perfectly balanced, tasty and memorable beer.

The official description said that it had notes of lemon tart, and after tasting it I realized that they were! I couldn’t remember what it reminded me of! The lemon tart my sister makes, but only if it was with orange. Rated A-.

At the store I bought a couple more English beers for 100 rubles and bought Czech Velvet also for a hundred a can. Selling leftovers. Address of this place – Moscow, Novomeschersky Proezd 9 bld. 1.. So if you live in the West or South-West of Moscow, I recommend you to drop in. Unfortunately, you can only get there by car. At the entrance to say that the SVAM. On the stupid question – why? Answer – for beer.