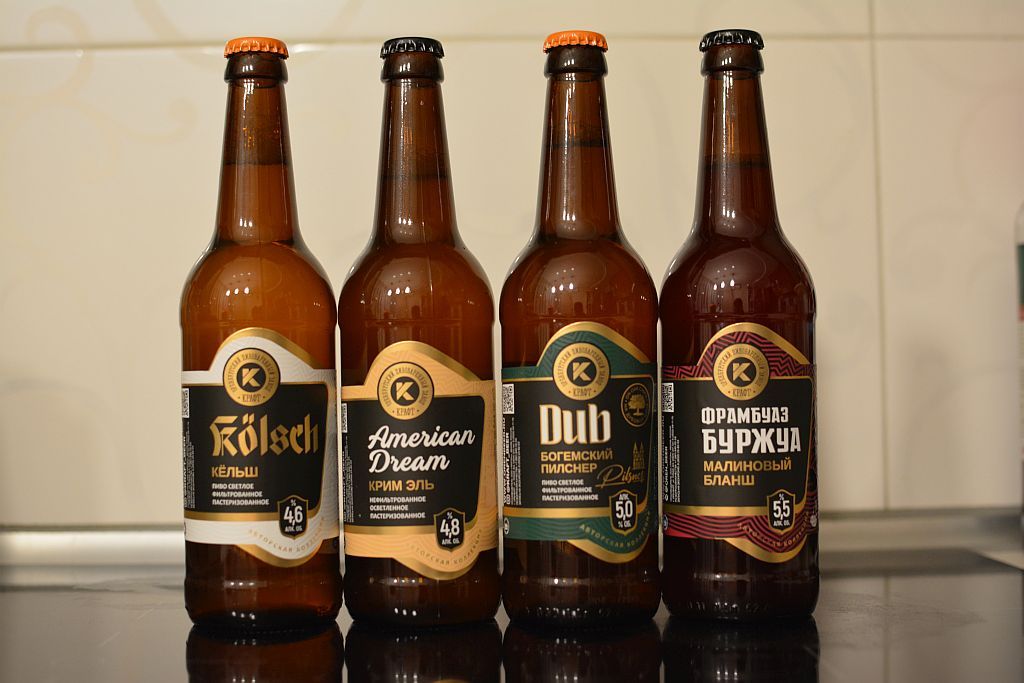 Since Pavel Egorov and I visited the Kraft factory in Orenburg, where we took part in a raspberry blanc brew, we haven’t heard from them. And it turned out that in the past year many things have appeared and changed. “Kraft” has launched a craft lineup at their small brewery.

For those who have not watched the video, let me explain – the name of the brewery is not from Kraft beer (Craft), but from the German Kraft – energy. They had an experimental lineup, but just that experimental, not permanent. Now in a separate permanent line brought.

I want to note the design. The shaped label looks good, not kolhoz! However, people used to garish “Kraft” labels and may not perceive. But I like it. 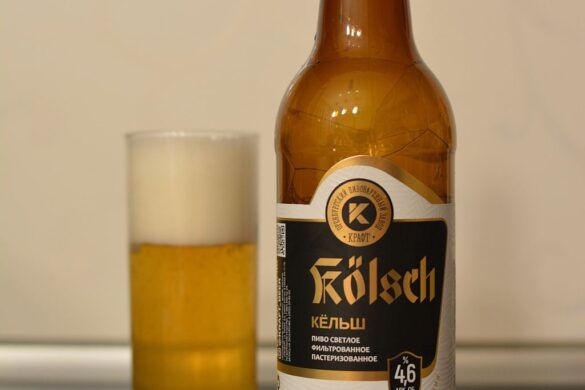 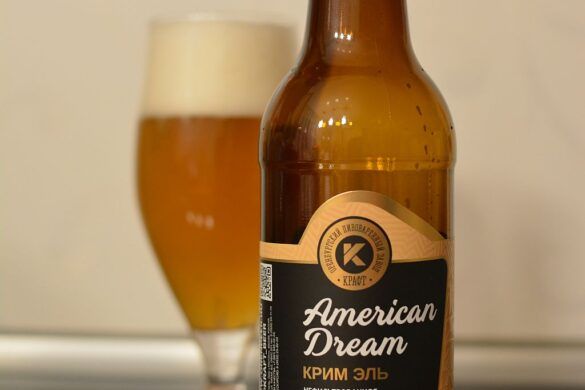 Kölsch (Orenburg, Russia) – 4.6/12 The photo shows that the beer has a slight opalescence, although filtered. It does not have that sparkle, brightness of kölsch. The aroma, as it should be – flowers and some malt. A slight grassy bitterness. But the body, in my opinion, is too sweet for kölsch. In general, yes – there is something of kölsch, delicious, but not quite kölsch. Rated C+.

American Dream (Orenburg, Russia) – 4.8/12.5 A crème ale, a borderline style between ale and lager. Its characteristics are rather vague so anyone can say “we brewed ale” and try to argue with it.

This beer is probably closer to an APA. Aroma of American hops toward the tropics. The taste is mild, sweetish. The aftertaste is also tropical with an emphasis on pineapple. Grade “B-“. 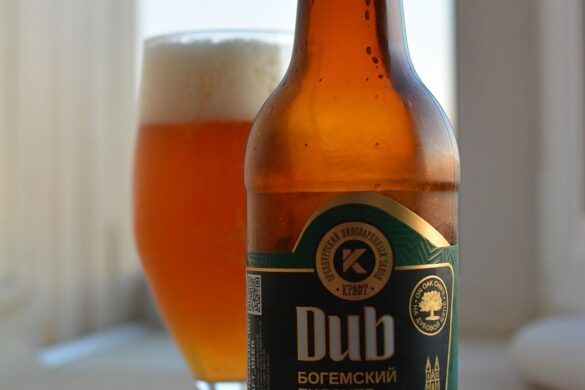 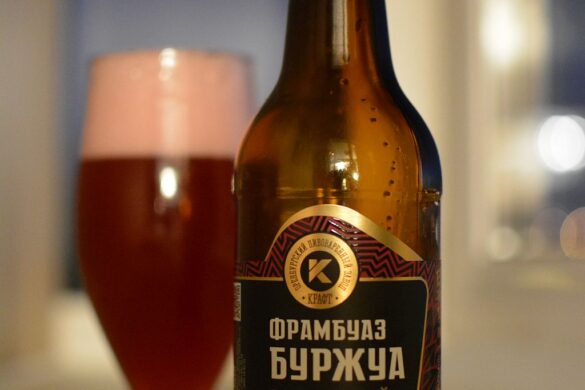 Dub (Russia, Orenburg) – 5/12.5 The name has nothing to do with Lieutenant Oak, as one might think. It is a pils that was brewed on oak chips. I didn’t find out about it right away and just noted the cardboard tones, but they turned out to be woody. Why it had to be aged with wood chips, I didn’t really understand. More precisely, it is clear that the imitation of an oak barrel – but the meaning?! Brewer’s idea…

In addition, as you can see in the photo, the beer is quite cloudy, although also filtered. What is interesting, in the second bottle, which went to Pasha Egorov, it was not so cloudy, although with opalescence. Most likely it was some kind of defect, clouding.

Otherwise, quite a pils, which residents of Orenburg seems very bitter. The flavor is grain and the aforementioned wood/carton. The bitterness is grassy, tart. Maybe I got some kind of defective bottle or during the delivery something happened. C grade so far.

Framboise Bourgeois (Russia, Orenburg) – 5,5/13 This is not what we brewed, but the second brew. Instead of raspberry puree – raspberry juice concentrate. I assumed that it should sell well, but they say no, they say too bitter.

The flavor is raspberry. Moreover, it smells like fresh raspberries, not chemically. The taste is mild. A little blanchette theme, but not much. In the aftertaste, too, raspberry. Nice, drinkable “fruitbeer.” Where’s the bitterness in there! Unless it’s very light, like from a bone. There isn’t any! Is it so pampered Orenburgers react. Strange. Rated “B-“. 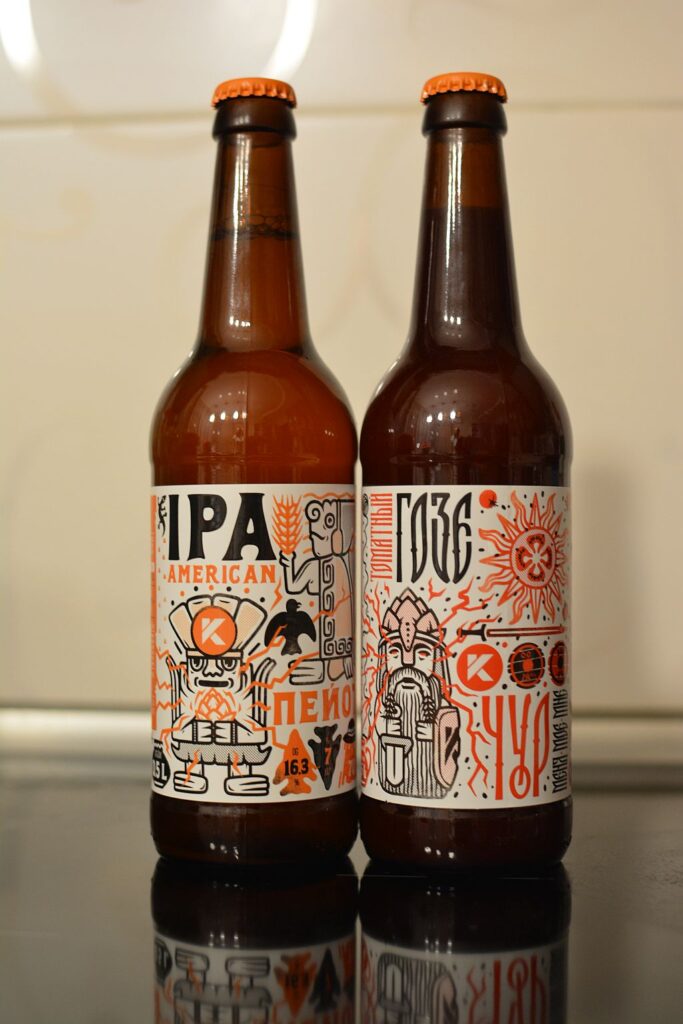 Two more beers, but from a different lineup. An IPA and a tomato gose (what can you do without it!).

Peyote IPA (Orenburg, Russia) – 7/16.3 Quite an IPA. No frills, but smooth and clean. A lot of tropics and a bit of dried fruits. Nice bitterness, long. Caramel, which the righteous bourgeois don’t like in IPA. Not bad, but not outstanding IPA. Rated C+.

Chur (Orenburg, Russia) – 7/16.3 The preparation used tomato paste, which the manufacturer made specially for the plant. Pasta as they say “without preservatives and stabilizers” and not pasteurized. The shelf life of such a paste is not long, but no one was going to store it.

In the end, it tasted exactly like tomatoes. Good, ripe tomatoes. A little spice, but very little. They promised to make another version with more pepper and spices. But it’s still tasty! Traditionally, I don’t appreciate tomatoes.