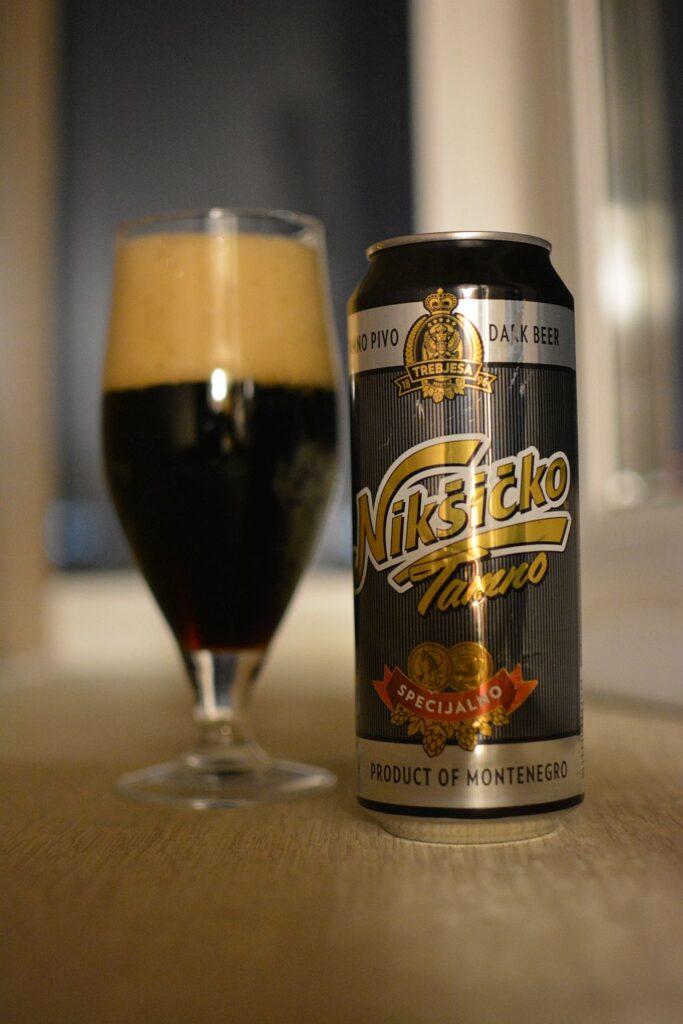 The other day I got an interesting pick-me-up from Igor Labetsky – a beer from Montenegro and Bulgaria. When I tasted it, I went to the blog and discovered that I had already tasted the Montenegrin Nikšićko Tamno ten years ago and also brought it by one of my readers. It was all the more interesting to compare the experience of 2012 and now.

Trebjesa Brewery has been in operation since 1908, is the largest in Montenegro. After each war (World and Yugoslavian), production fell, but recovered rather quickly. In 1997, the controlling stake was acquired by Interbrew (which later became Anheuser-Busch InBev). Then all AB InBev’s assets in Central Europe were bought by CVC Capital Partners fund, which sold them at a profit to other brewing giants.

Trebjesa was renamed StarBev and sold to Molson Coors, which still owns it.

Nikšićko Tamno (Montenegro, Nikšiće) – 6.2/14.8 Aroma is slightly winey, but not alcoholic. A little burnt and a drop of iron. The taste is soft, but not sweet. In the aftertaste of the coffee, caramel and ash. Quite a pleasant beer. Rated “B” just like ten years ago.