Home » Crocodiles on the Volga and Sieben Beer
Beer 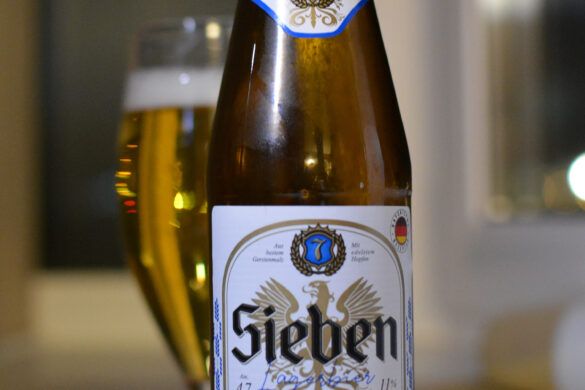 After a long sleep Ochakovo woke up and rolled out two new beers at once. Although, it would be more correct to say – two new labels, as both beers – “Crocodiles on the Volga” and “Sieben”, do not represent anything new and interesting.

Both beers are the usual euro lager with a little bit of cardboard inherent in Ochakov. Much more interesting are the names. “Crocodiles on the Volga” – this is more to Kraft comrades, who like to call beer, if not with English words, then with something fancy. As a rule, there is a story or meaning behind the name, which the brewers wanted to convey, rather than just the weed.

And as the school year begins, let’s remember our literature teacher and ask ourselves what the author wanted to tell us!

“Crocodiles on the Volga” is a regional beer created for the residents of the Volga region. The basis of the brand is a local legend about crocodiles, once inhabiting one of the largest rivers in the world – the Volga.

In addition, there is a reference to the news about the discovery of three crocodiles in the Akhtubinsk region. How it is connected with beer – it is not clear. On the other hand, what is not an occasion?

Crocodiles on the Volga (Russia, Krasnodar) – 4,5/11 Weak malt flavor. Empty taste with a light cardboard aftertaste. Hops not really noticeable. Not much different from the same Jasminny Kolos. Rating “C”.

It’s clear that both the name and the design are a cosplay of German beer, and the description clearly says

Sieben beer is bright golden yellow, with a frothy white cap. Its taste is predictable: slightly malty, full-bodied, mature, with a subtle hop aroma and an elegant aftertaste. The novelty is a beer with character for connoisseurs of traditional Bavarian hop drink.

Hop aroma and elegant aftertaste was not noticed. All the same – the malt, a little cardboard, but otherwise empty and dull. Not much different from Crocodiles. Could have been called “Fünf” or “Acht” or even “Ain”, it would have made little difference. The rating is the same – “C”.