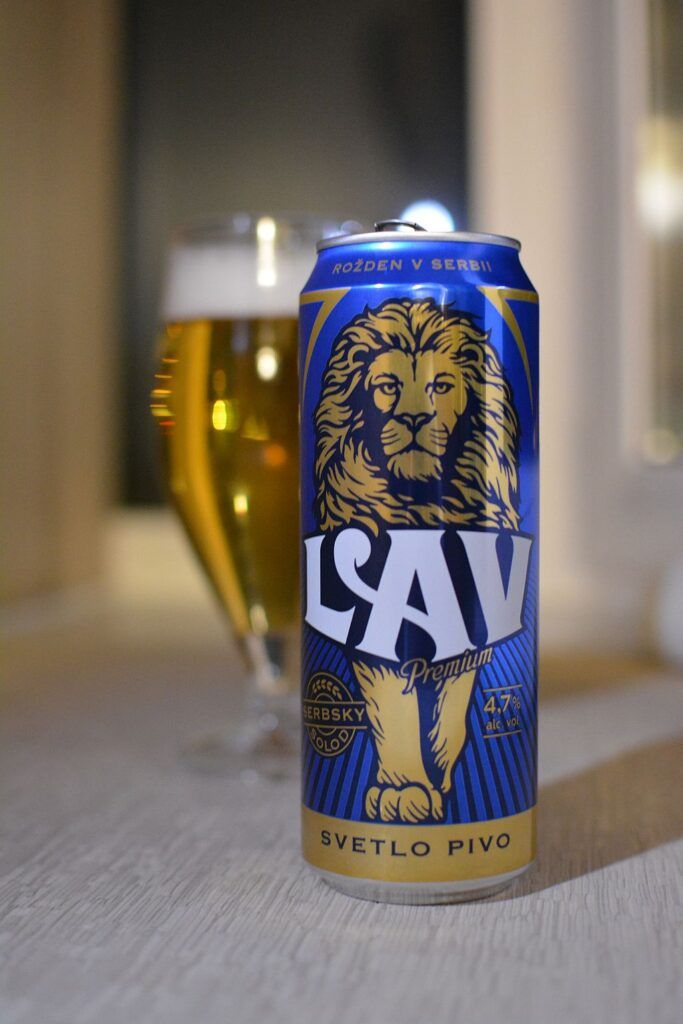 At first, Lav only came in PET and I didn’t bother to spend money. I waited for the can and bottle releases. I bought the can of course.

Lav is a Serbian brand of beer. It is produced and bottled by Carlsberg Srbija in Celarevo. In Serbia itself, it ranks second. It is also popular in neighboring Montenegro and Bosnia and Herzegovina.

I have always wondered who and for what reasons decides to produce such brands of beer under license? Has anyone in Russia ever heard of this Serbian beer before? “Serbian beer” sounds strange at all. It’s not “German beer” or “Czech beer.

However, some regionalists have been putting the word “Serbian” on their beer in addition to “German” and “Czech” for a couple of years now. There is a version that “Serbian” evokes some warm feelings in some consumers – “bros” and all that. Especially on the background of the recent hurrah-patriotic hysteria.

Perhaps Baltika tried to ride or at least use this trend.

Lav (Russia, Tula) – 4.7/10.5 As already mentioned, the beer is absolutely passable, not interesting. Practically no flavor. The taste is clean, hollowed out, malty. But in the aftertaste something like “bouble hum. At least that’s how it is. Just a beer, “to wash down dinner” (C). Rated “C.”