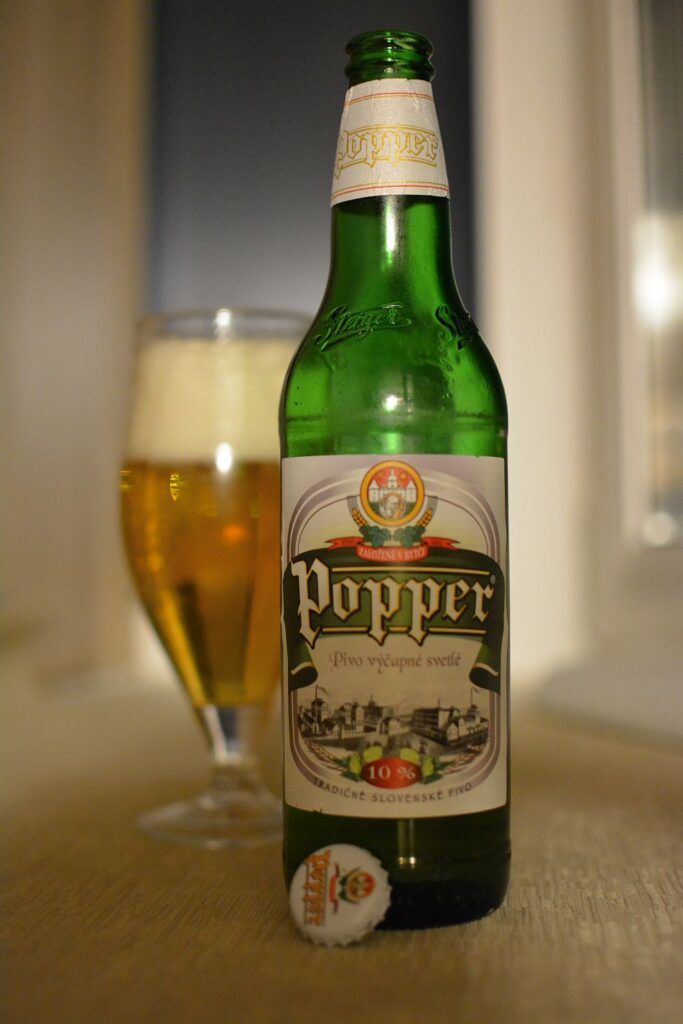 I recently came across a Slovak beer called Popper. I read that it was already supplied to Russia in the early 2000s, but I don’t remember. Let’s try what they’ve brought in now.

The Popper family owned it until 1937 and did much to modernize production and increase sales. However, something went wrong and in the year mentioned both the brewery and the malt house were sold to Slovenská banka (probably for debts). In spite of going through the Second World War, it was possible to carry out the next modernization and increase the volume of production up to 80 thousand hectoliters.

After the war, in 1953, like the rest of the production, the Popper brewery was nationalized and during the Soviet time it was merged into some trust or was a part of various associations. Today it is owned by businessman Karol Konárik and is owned by his company KK – Pivovary spol. sro. The production volume is 210,000 hectoliters of beer per year.

Popper 10° (Slovakia, Bytča) – 4/10 After opening the bottle a strong tinged smell. After the beer stood in the glass, more or less gone. A slight diacetyl smell is felt. The flavor is clean, malty, and light. There’s a bit of an herbaceous hop. If you ignore the light (storage conditions), not a bad, even “disitka”. Rated C+.