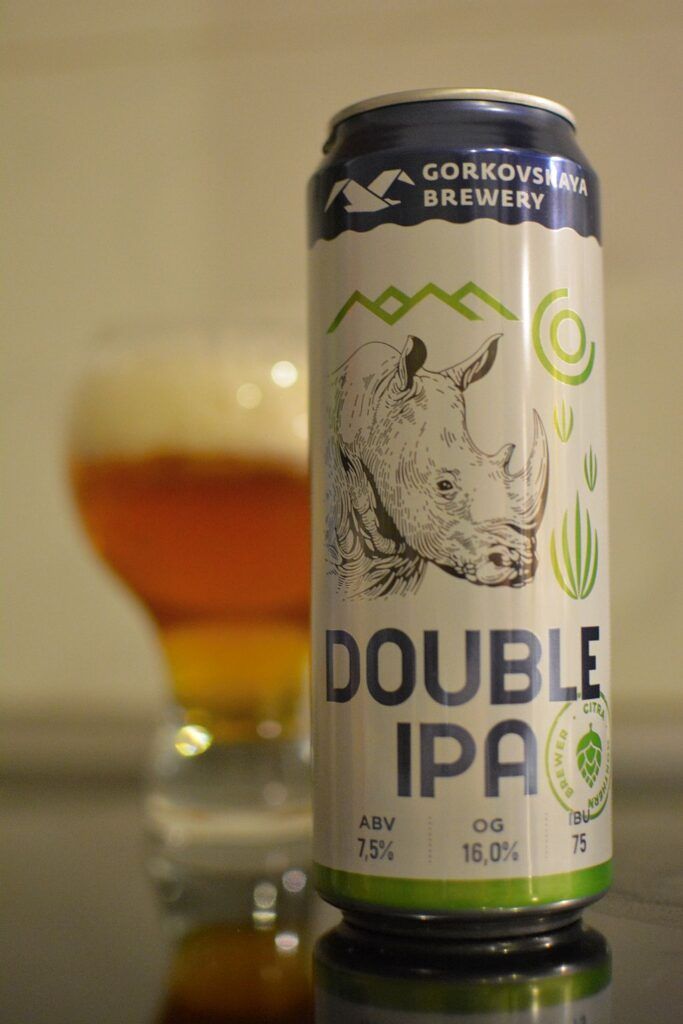 It’s not a novelty, probably only a lazy brewery hasn’t brewed it, but it’s the first time that it’s been brewed on a mass scale at a large brewery.

Double IPA from Gorky Brewery is brewed at Baltika St. Petersburg and poured into 0.45 liter cans. Carlsberg’s craft division in Russia, Hoppy Union, has done quite a lot recently to bring tasty beer to the masses. Gorky’s with their standard lineup (and small, brewed in Nizhny) stands in many chains. KONIX brews excellent pils and hels at Voronezh Baltika, which also appear in wide retail.

I first tried Gorky’s Double IPA about a month ago on draft. I found it quite decent. Naturally, it’s the same beer in a can and on draft, but what if it feels different?

Double IPA Gorkovskaya Brewery (Russia, St. Petersburg) – 7.5/16 I value balance in DIPA. Hops should not come forward and malt sweetness should not dominate. There is nothing wrong with this! Rather bright fruity aroma with an accent on citrus. The taste is moderately sweet, malty. Christmas trees and fruit in the aftertaste. Can’t add or subtract. A- rating.

I wonder how the public will take this beer? I’m not referring to those three-and-a-half Kraftosecs who wage an irreconcilable battle with Gorky’s and Volkov Brewery, buying up their beer and pouring it down the sink, but ordinary people. The expected shelf price will be 80-100 on promotion and 100-120 regular, which is very good for DIPA.

Be warned – the beer is very tricky. Drinks well, but the consequences come unnoticed!