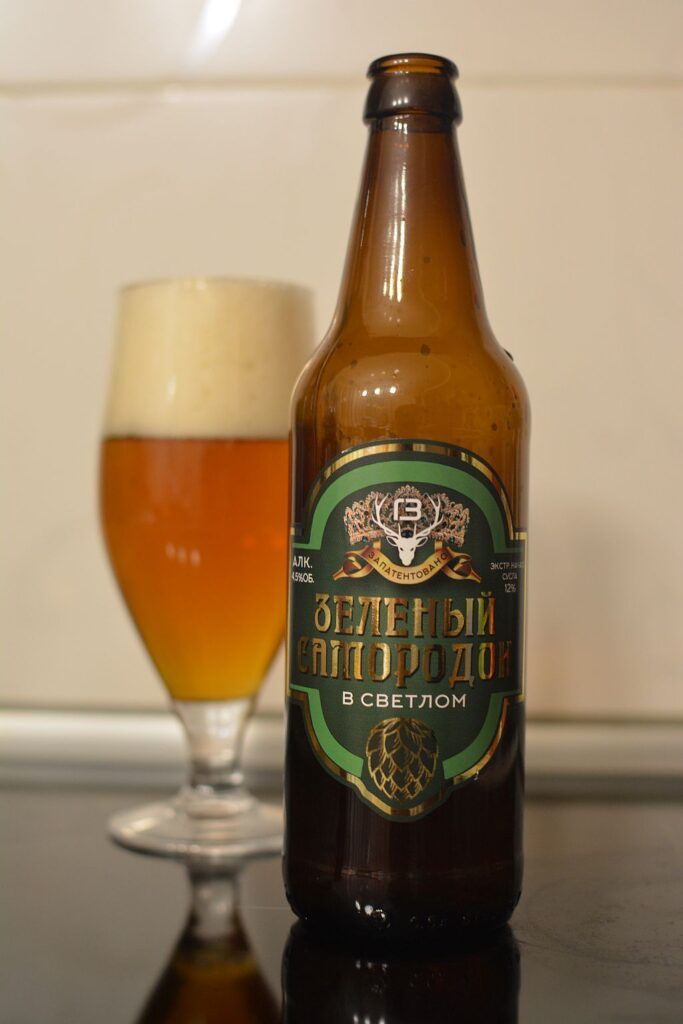 I found a rather curious beer in the Globus store, the Green Nugget in Svetly. It attracted me in the first place because of its price: 145 rubles. Yes, regional beers in Moscow chains are much more expensive than in my home country, and even more so than beers from the giants. The brewers are not to blame for this. The shipment to the networks is at absolutely normal, competitive prices, but the stores themselves make a markup of 100 percent or more on regional beer.

For beer from beer giants, brands that are familiar to most customers, money is made on turnover. But for unknown brands, for which the demand is minimal – the markup. But even with a high markup, 145 rubles for a regional beer is too much! So I decided to find out what they are asking for!

Green Samorodok in Svetly (Eletsk, Russia) – 4.5/12 Brewed on Elets beer. At the opening there was a little hashing. When pouring a bright hop aroma is felt. This was surprising. But, after the beer stands and breathes, starts to come out wet cardboard. It’s the same in the aftertaste. The body is malty, but flat and watery.

And now the most “chip”, what was the hashing from and where the name comes from – in the bottle lies a hop cone! The aroma and bitterness is clearly not from it, but it gave herbal notes. For flavoring, most likely they used hop oil, which was added to the finished beer (that’s why it went away quickly).

In the latest fashion, hop cones are added to beer in three-liter cans. Kind of like dry-hopping. Let me remind you that Elena Tyukina invented this at Knightberg Brewery, and then it went on. By the way, Yelets beer also dabbles in it. So they decided to make it in bottles as well.

I don’t really understand how they sterilize the cones. You could get contaminated, and at best the beer would go sour, and at worst the bottle would explode. Most likely, though, there aren’t enough residual sugars in the finished beer to generate enough gas to explode the bottle, but you can get a lot of hash.

Nonetheless, the Green Nugget in Bright is at least curious, although I wouldn’t rate the beer itself more than a “C”. Despite the aroma, the bitterness and the hop bump itself, it’s still the same regionalness.