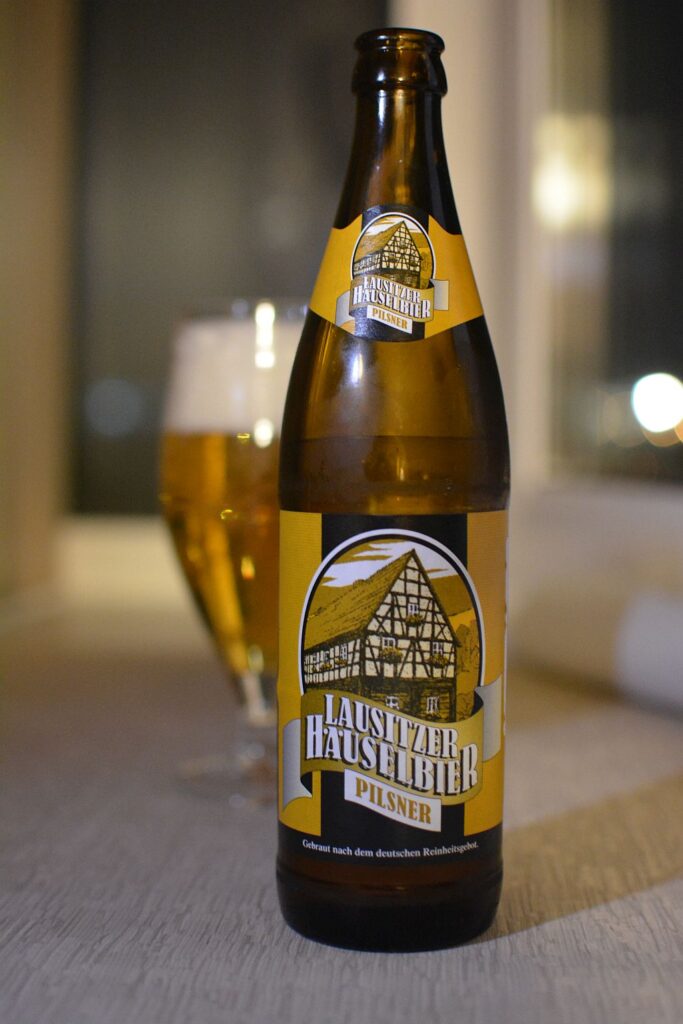 Lausitzer Häuselbier, another “new” German bought at FoodCity. The salesman said that two cases of beer went down in a week, the beer is the bomb! He really always says so… Thought it was another German regional, but no – Eibau brewery, familiar to many. Eibau is known for private labels for chains like Löwen Böhmisch or Dolmetscher. Pretty passable stuff, but at a low price.

After looking at the manufacturer, I thought that the Lausitzer Häuselbier was from the same series. But not quite. It’s the brand of the brewery itself. Translated, it means “Lusatian homebrew”. It’s a reference to the name of the Lausitz region, on the border of Germany, Poland and the Czech Republic, where the town of Eibau is located.

Lausitzer Häuselbier Pilsner (Aibau, Germany) – 5/11 There is a sulfurous aroma inherent in German pils. The taste is rather flat, but clean. In the aftertaste has some flowers and noticeable grassy hops. Hops is really rough.

Overall, not bad, but the emptiness of taste and a slight coarseness of the hops spoils the picture. The grade is “C +”. And plus, of course, the price. 200 rubles… Who’s easy now!