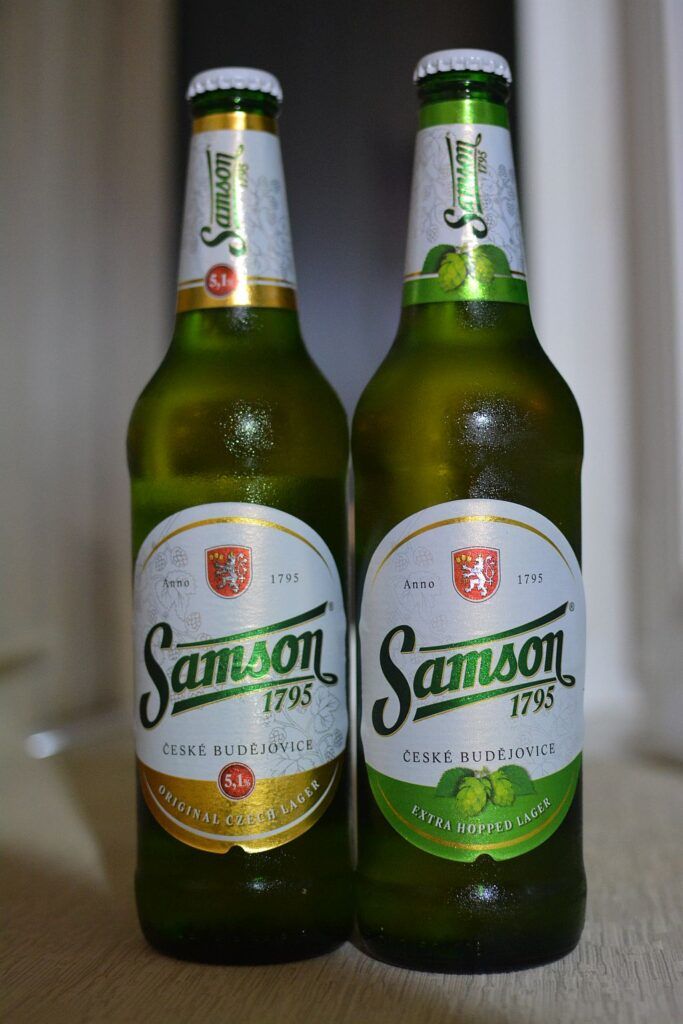 The name První budějovický pivovar Samson was given to the brewery in 1960 and it produced two brands Samson and Kristal. In 2001 it was renamed Budějovický měšťanský pivovar. In 2014 the brewery was bought by AB InBev, which allowed it to strengthen its position in the dispute over the Budweiser brand that has been going on for almost a century. However, this beer is sold in America under the BB Burgerbrau brand.

Interestingly enough, Samson beer is quite rare in Budweiser. I’ve only seen it in big supermarkets. In beer stores, mostly Budweiser Budvar and Pilsner Urquell. Samson was once supplied to Russia, but I don’t remember when or by whom. 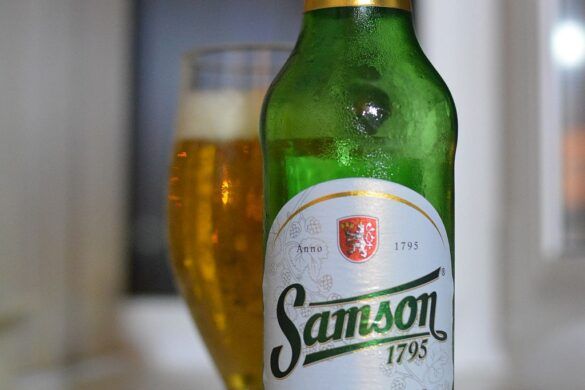 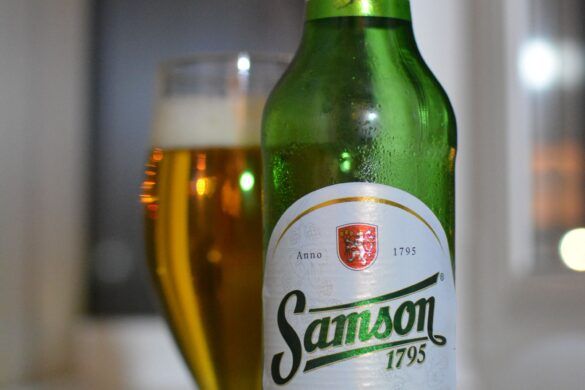 Samson Světlý ležák 12 (Czech Republic, České Budějovice) – 5,1/12 There is water and malt in the aroma. The taste is dry, malty, a bit muddy. The hops are quite decent, which makes it strikingly different from Budweiser. The hops are grassy, as the Jatetz hops are supposed to be, with a honey tone. Rated B-. I expected worse!

Nachmelený Ležák (Czech Republic, České Budějovice) – 4.9/12 Apparently, a dry hops were used here. The label “extra hopped” does not mean more bitterness. The hops are very nice in flavor.  Some hay tones are added to the hops. The taste is mild. In the aftertaste floral and grassy notes and soft bitterness. A very pleasant beer, which wants to drink and drink. At the same time, it is very clean, there is no slight “dirt” as in the previous one. Rating “A-“.