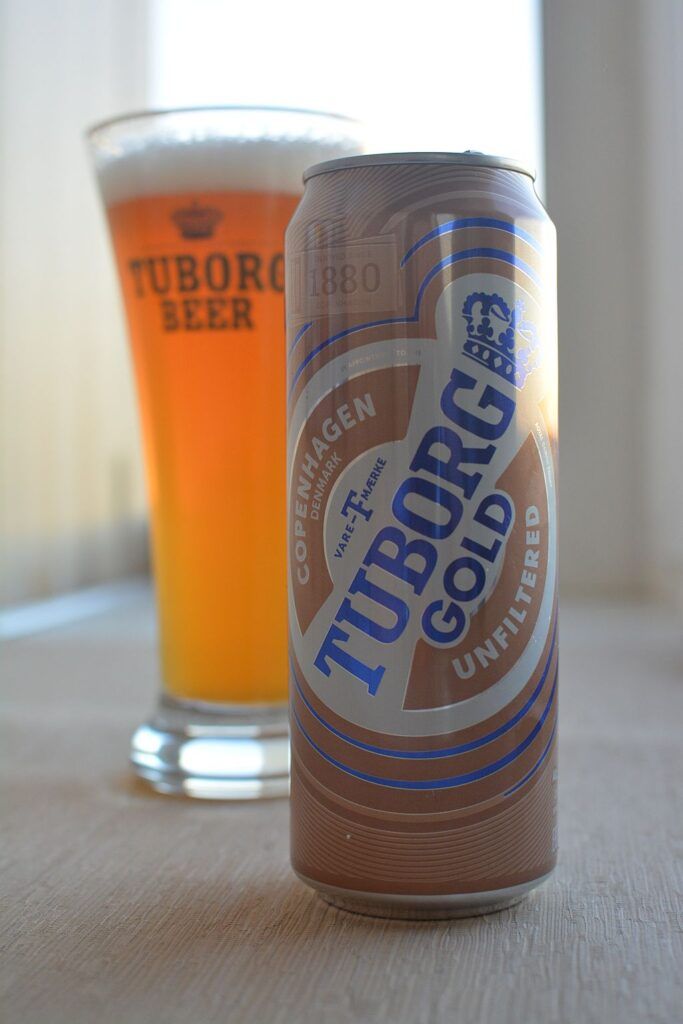 I noticed the new Tuborg Gold Unfiltered in Dixie. At first I thought it was just a rebranding of Tuborg RAW Unfiltered, but no, it’s a different beer.

On March 9 this year, Carlsberg announced their departure from Russia. Then they corrected the statement a little bit and said that they would look for buyers for their business, but while the search is going on, they will curtail the production of all their foreign brands. They will only leave Russian brands. However, Tuborg and Cronenburg and other brands are still being produced.

Of course we can say that they “finalize” the remnants of cans, stickers and other things, and that new licensed brands like Lav started to be prepared even before… Maybe that’s it. Maybe so…

Sales are sales, but work on new brands is on schedule. True, why the new beers were brought out in the fall is not particularly clear. And why there were two unfiltered Tuborg on the market is also not clear. But, they did and they did.

Tuborg Gold Unfiltered (Russia, St. Petersburg) – 4.8% acl. The aroma has a bit of “chewing gum”. Taste of bread, full-bodied. A bit of bread and in the aftertaste. A bit of caramel tone is also added to the bread.

The beer is stated as a Zwickelbier and it really is. A massively zwickel like this. Not bad, but not particularly enthusiastic. As Pasha Egorov pointed out, the turbidity is most likely achieved by the turbidifier (although it is not in the composition). However, Tuborg Gold Unfiltered passes as “beer drink”. Why? The answer is simple – it contains malt extracts. That’s how according to our stupid laws, if you just mash the malt, it’s beer, but if you thicken the wort and then add it to another wort – it’s a beer drink. For the same reason, the ENS is not specified.

Why it was necessary to use malt extracts, it’s hard to say. I’ll give this beer a “C+” rating.