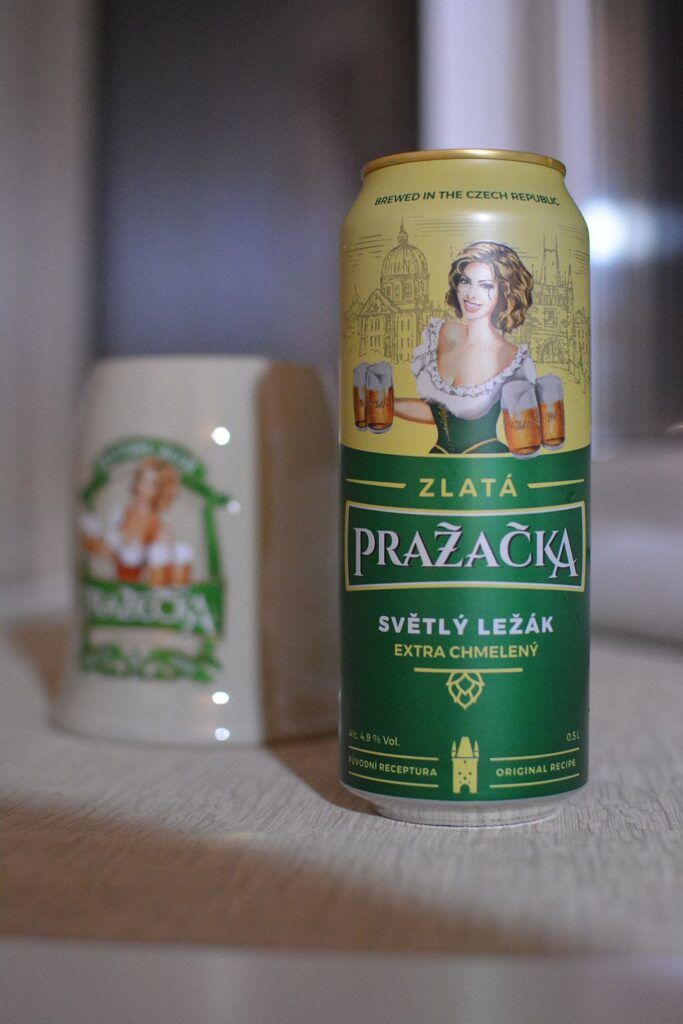 A long time ago, when Prazacka beer was called Prazecka and brewed under contract at Platan brewery, special and festive brews of interesting beer were made from time to time. But when Prazecka became a respectable Prazacka and found its home in the form of Bakalar brewery in Rakovnik, that tradition was for some reason discontinued. What a pity!

But apparently it was decided to expand the range and a year ago Prazacka Svetla Desitka appeared, and recently Zlata Prazacka came out, as “extra chmeleny” has become fashionable.

Zlata Prazacka (Czech Republic, Rakovnik) – 4.9/11.3 Aroma of malty, soft. The taste is clean, also malted. Beer is not bad dumped, which makes the taste quite dry. In the aftertaste, a good tart hops in the grass and a slight tendency to herringbone resin. A very worthy beer! Unlike most other Czech regionals, clean, without defects. Rated “A-“.