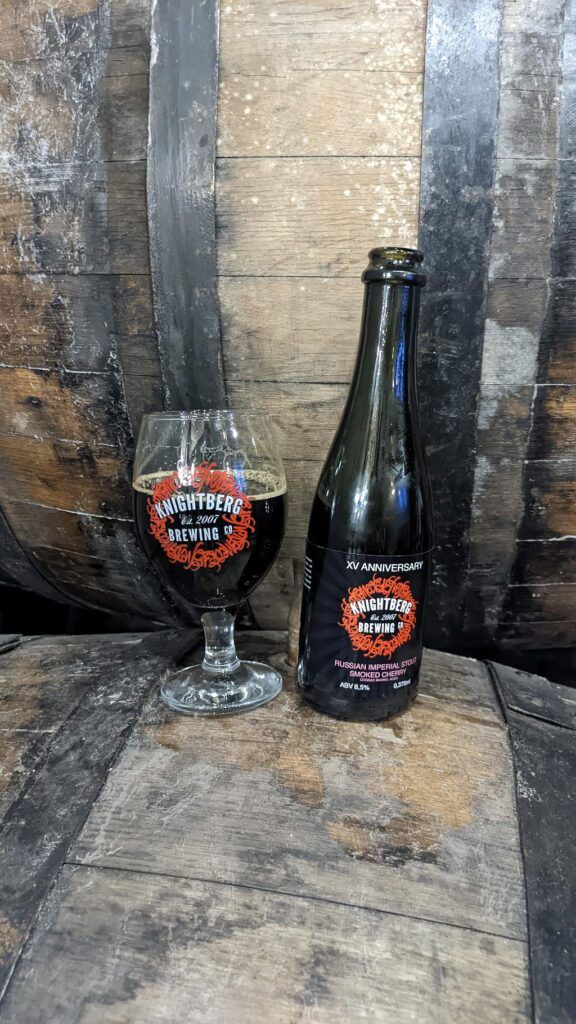 I was in St. Petersburg this weekend, judging the BrewCom homebrew contest. It was very interesting, although it was pretty tough. Home brewers are such home brewers…. But I’ll tell you about that separately, in a Youtube video. After the first day of the contest, I dropped my stuff at the hotel and went to just have a beer. There was a taproom at Knightberg Brewery nearby. That’s where I went.

Sitting there, drinking beer, reading a beer chat on Telegram. Suddenly, a beer-hungry man who fights the evil of the world starts trashing Knightberg. More precisely, his anger was aroused by an imperial stout, which was brewed for the fifteenth anniversary of the brewery. Of course it was watery and full of alcohol, so he poured it down the sink.

Strange, I thought. It can not be! And then I realized that I was sitting right in front of the Knightber! I was drinking lager, but I rushed to the fridge and asked for a beer. “So, good boots, we should get them.” – remember?

Turns out there are several in the lineup of these imperials. The bartender recommended the one with the smoked cherry. I took it.

Russian Imperial Stout Smoked Cherry (Russia, St. Petersburg) – 10% alk. Aroma was coffee, a little burnt, chocolate. Taste dense, but not sweet. In the aftertaste of bitter chocolate, chocolate barrels and some cherries. Cherry and smokiness is not bright, but in a nuanced, nuanced way. And it is wonderful! Nothing pokes out, everything is very well balanced. A grade.

Nothing against it if the cherries were brighter or there was more smokiness. It just would have been a different beer.  And if someone was expecting a bright, powerful cherry flavor, that’s their problem. I didn’t find any wateriness, flatness or bulging alcohol there. Great beer!