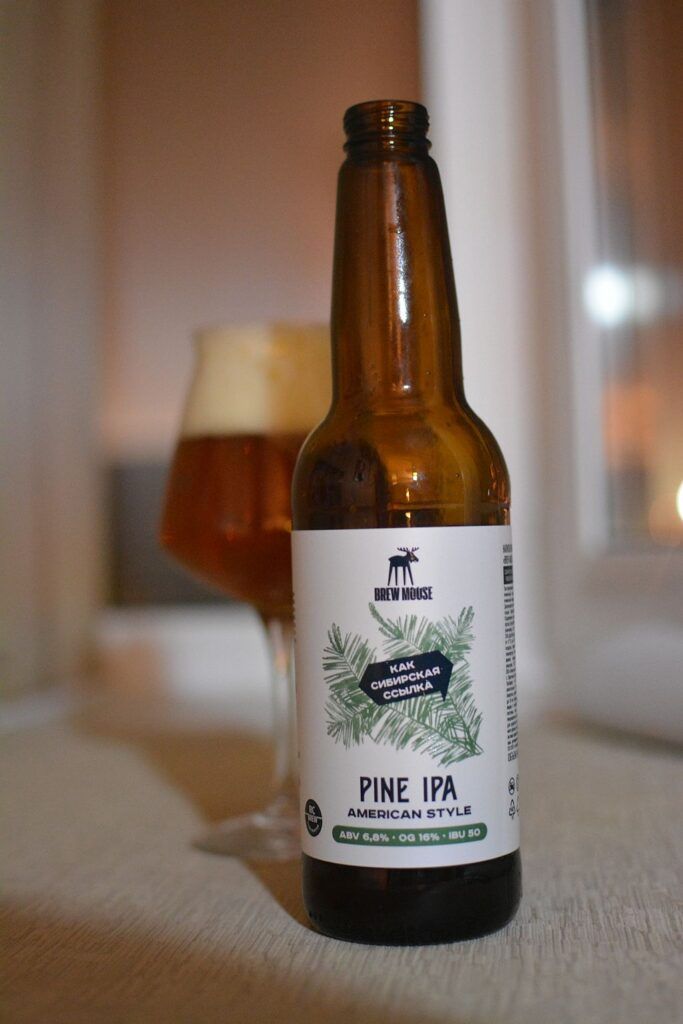 The other day I wrote about a novelty from the Gorky brewery – Double IPA. I rated this beer quite highly. Here’s another novelty, but from BrewMoose – Pine IPA. Let me remind you that Gorky and BrewMoose are part of Carlsberg’s Russian craft division, Hoppy Union. Moreover, this beer is brewed in Zarechny, Penza region, at the brewery “Pivatom” (formerly KONIX). That’s how confusing and related everything is.

Of the trio, the beer from BrewMoose is considered the most uninteresting. Pine IPA was brewed in collaboration with Gorky’s (almost a collab with themselves). Nevertheless, the result came out interesting.

BrewMoose Pine IPA (Russia, Zarechny, Penza region) – 6.8/16 According to the specifications, it’s almost a DIPA. From the name you can see that this beer must have something piney. So it is. It contains pine buds. Untappd does say “freshly harvested pine needles,” but that’s not true. Pine buds are just emerging shoots at the tips of pine branches. They are also “candles.”

In 2017, we at the experimental brewery Ochakovo brewed beer “Shishkin” on the extract of such candles. In principle, even in Soviet times, pine extract was used in the beer “Tayozhnoye”. So, the idea is not new, but this kind of beer is not common. In Pine IPA dried pine buds were loaded together with hops for dry hops.

The aroma is really dominated by a piney, piney theme. The hops are picked up too, which would emphasize that tone. The taste is caramel, but not too sweet. Grapefruit is added to the pine in the aftertaste. The beer is very good to drink. Rated B+.

Available at Perekriostok and Lenta.